When they’re not bringing a smile to our faces with the news, Jet and Bud lead varied and exciting lives! Whether it’s keeping fit in Iron Mother competitions, saving the planet, yee-ar kung fu or dangerous sports, these guys know how to live life to the fullest.

We all like a bit of excitement in our lives, and both Jet and Bud are no exception. 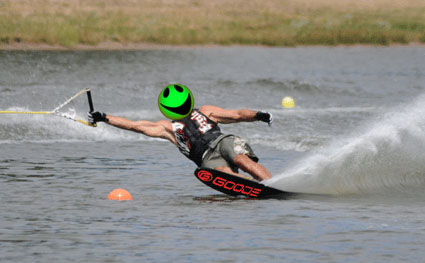 Bud waterskiing on Lake Titicaca, shortly after saving the President of Peru from choking on a barbecue chicken leg bone.

Bud is a keen waterskier, having recently broken the world record for jumping the most floating double decker buses whilst waterskiing blindfold one-legged with one hand tied behind his back. (*not actual photo) 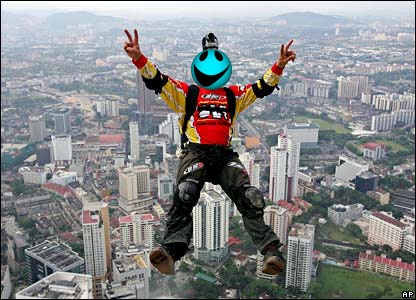 Jet doing “Bunny ears” whilst base-jumping from a secret location.

Jet has a keen head for heights, and ever since his first tandem sky-dive, has loved to jump out of planes, off buildings, from aerials and even mountains. Base jumping since 2012, Jet has successfully avoided arrest on 3 separate occasions, most recently after base jumping from the “Merkhin” building in central London.

Jet was once injured whilst covering a news story involving a world record “elastic band ball” when it was dropped from the roof of a restaurant, and bounced up and smashed into his face. It’s not a good memory, but it rhymed enough for the title of this section.

Kind to their parents…and animals

Yes, apart from being award-winning journalists and danger-junkies, Bud and Jet are also well known for their more caring sides. Apart from being considerate and available (if necessary) to help their aging parents, they’ve also both been known to spend time doing charity work, especially when it comes to looking after the planet’s little critters. 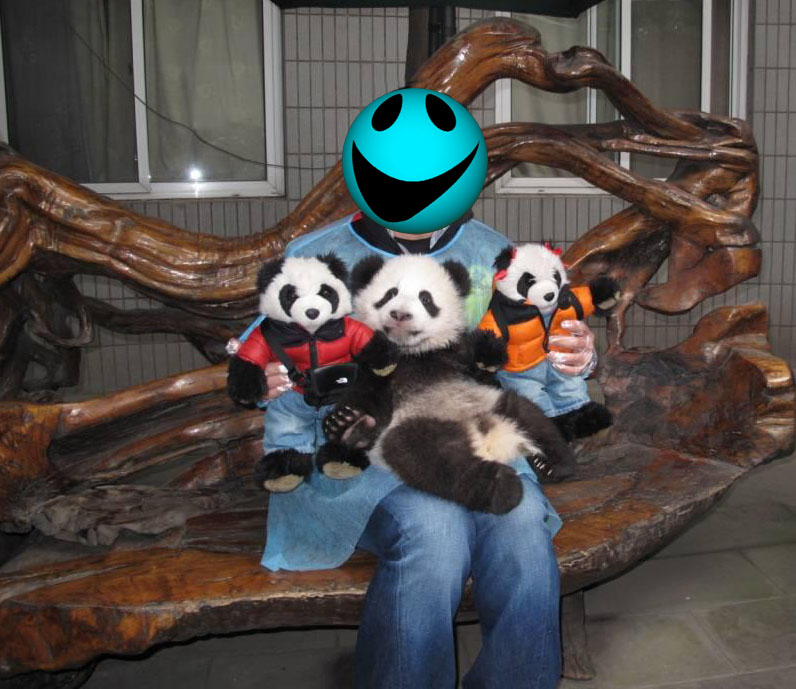 Jet cuddles up to his new-found friends. “In these jackets they’re just a hoverboard away from Marty McFly in Back to the Future2!”

Whilst covering a delicate world news story over the border of North Korea, our intrepid news team saved and smuggled back into the South, some small and barely alive baby pandas.

Bud holds a little friend. “I think he just shit on my hand…”

Shockingly, the pandas had been held in captivity by North Korean soldiers, and forced to perform dancing and bicycle riding tricks whilst wearing tutus and stetson cowboy hats. Disgusted by such cruelty, Jet and Bud stole them away when no-one was looking. The photos were taken at a sanctuary in Seoraksan National Park, not too far from the North/South border.