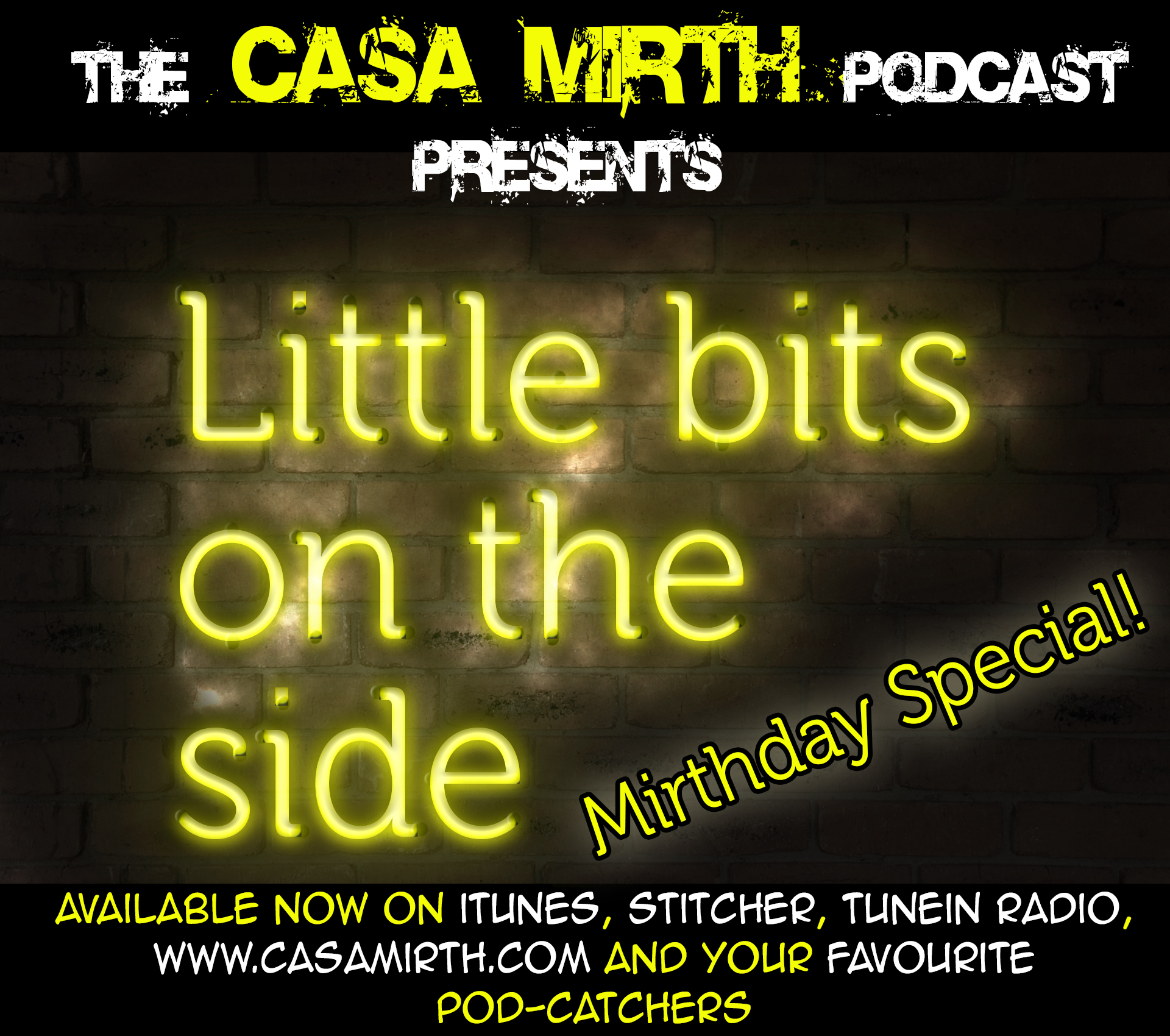 People of the internet! People who love podcasts! People with ears! Today we celebrate Mirthday!!

That’s right – the Casa Mirth podcast is 1 year old! Who would have thought from humble beginnings, sitting on camping chairs and drinking tea, a year later Dr Norman Trousers and River Zambezi would still be kicking around, persecuting their livers with gallons of booze and standing up during a recording session!

It’s been an amazing year. The boys have learnt a lot; they’ve argued a little. They’ve opened their souls to you, and you’ve opened your earholes to them…and altogether, we’ve peed our pants laughing.

Here’s a special edition of LBOTS – Little Bits on the Side to remind you that the immensely professional image that Messrs Trousers & Zambezi portray on the award-winning (not really) podcast, the Casa Mirth podcast, does sometimes crumble – but then, that’s just as hilarious and they’re not precious.

Also in this special edition, quite a lot of un-heard additional content, an intro/outro from none other than Carl Danger, and some very special birthday, no, Mirthday wishes from some good friends.

Special thanks to Bonn & Obo, the Bold & Belligerent podcast and the legends that are Royal & Doodall – the mere presence of whom is so exciting it would make a sandpit wet.